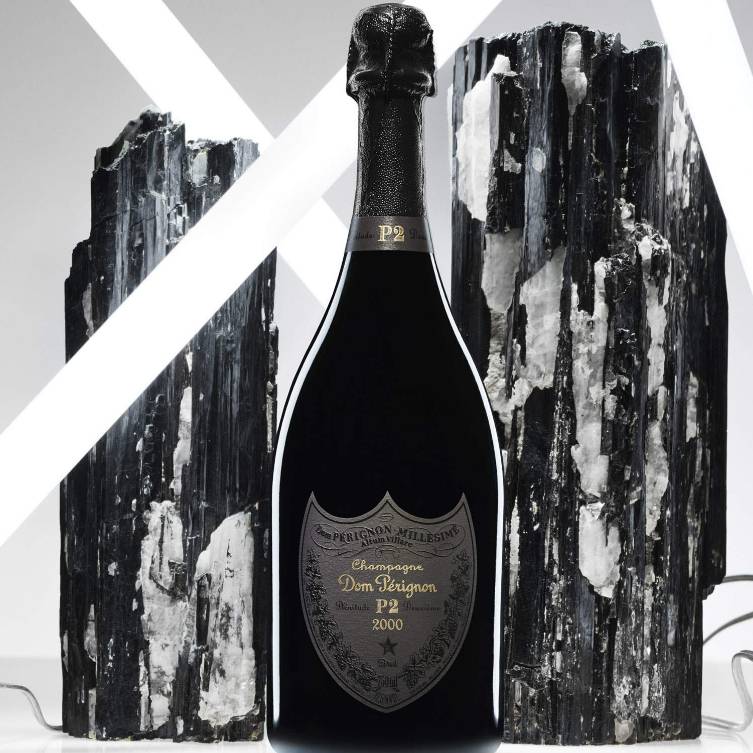 Dom Perignon is the Prestige Champagne produced by Moét & Chandon. As part of the LVHM, a coalition of luxury brands unlike any other, Dom Perignon champagne has a distinctive character all its own.

This article details how Dom Perignon came to be, from the process and qualifications to the cultural impact Dom Perignon still has today.

This famous label traces its spiritual roots back to Dom Perignon, a monk who lived in the Benedictine Abbey of Hautevillers.

As many people may think, Dom Perignon did not create Champagne – it was named for him.

Many of his ideas, like modifications he developed to reduce the explosion of bottles during the second fermentation stage, and the use of cork to stopper the bottles, are still used today.

His innovations undoubtedly rank among the most essential improvements in the winemaking process to date.

The first Dom Perignon Champagne made in the 1920s was also the first Prestige Champagne.

Although it may seem odd to the modern eye to create an expensive champagne during the Great Depression, the label had great success.

Created as a vintage wine, Dom Perignon has never strayed far from its roots, remaining true to its vintage tradition, as well as distinctive House flavors and character.

Today, and since 1947, Dom Perignon is produced separately from the rest of Moét & Chandon’s wines.

How is Dom Perignon Champagne Produced?

When it comes to fine wine, particularly Champagne, the small details matter.

Dom Perignon is a 50/50 mix of Chardonnay and Pinot Noir grapes, although it can vary as much as 60/40 depending on climate conditions and the properties of the grapes.

Only one vintage of Dom Perignon has a proportion of either grape higher than 60%, and the 1970 vintage was 65% Chardonnay.

The grapes designated for Dom Perignon come from vineyards rated at least Grand Cru, one of the highest possible grades for viticulture soils.

Despite variable weather and climate conditions year to year, this high soil quality helps ensure there are consistent character and class to Dom Perignon.

All Dom Perignon is aged at least seven years, with aged longer. Moét & Chandon habitually reserve some of each wine for a second and third release further along in the aging process.

2002 was considered the finest of the recent vintages of Dom Perignon until the recently released 2008 vintage (the first-ever released out of chronological order) became a favorite of the House because of its additional aging and delayed-release.

Critics have rewarded the decision, rating the 2008 vintage often as superior to wine in 2002.

Dom Perignon is known for its fresh acidity and minerality.

Its bright fruit flavors, and its notes of toast, coffee, cream, vanilla, and other subtle spices that emerge as the wine ages.

Although Dom Perignon focuses on the character the label is known for, the individual vintages maintain distinctive bouquet and flavor.

Here are prices of the more recent sparkling wines, and what to expect from each.

Though considered young, this Champagne boasts an intense bouquet with high floral notes and a full rich body.

The flavor starts with tangy guava and white peach, which then layers with vanilla. The Champagne rounds out with a savory note in the form of warm brioche.

It’s a beautifully silky wine, with a right balance between the salty minerality, the sweet floral and fruit highlights, and creamy undertones.

While the Chef de Cave at Moét & Chandon has said that this wine was released too soon, the 2006 vintage has now matured into a complex and pleasing wine much more deeply layered than the original highly fruity release.

This highly concentrated and powerful Champagne first suggests white-fleshed fruits, like apples and pears, then candied fruits, that deepen with the addition of golden hay, and a touch of licorice.

Less creamy than some, this vintage is deeply silky with a briny finish.

This vintage stands out with its slightly savory spice notes of the wine, almond, and cocoa, before graduating into fruit flavors.

The fruit and floral notes in this vintage are unusually subtle, all-white fruits and white flowers that drift weightlessly above the other notes.

It returns to a full-bodied, almost spicy finish that maintains the acidity and salinity of a great vintage champagne.

Possibly the finest of the recent vintages, contested only by the very most recently released 2008.

This vintage opens with fresh almond and scents of autumn harvests before developing into the delicately balanced highlights of candied lemon and sweet dried fruits.

The 2002 finishes off with hints of toast, one of the most intriguing flavors in Champagne, which is both savory and slightly smoky, before lingering in a satisfying finish.

The 1998 is a richly textured, satiny, and playful wine. It has a long lingering finish and has aged into the more savory flavors on the palate.

Hints of rich mushroom complement the wine’s first flavors of almond and grapefruit. It then blends beautifully into a cashew and spice center before rolling softly into a creamy toasted brioche.

This wine is undoubtedly in its prime, although it will likely continue to age well in the bottle for a few more years.

Dom Perignon is often unveiled at the most momentous of moments, like college graduations, weddings, and anniversaries.

Notably, it was the Champagne that marked Lady Diana Spencer’s marriage to Prince Charles.

It’s hard to discount Dom Perignon from its historical significance from its present-day status as one of the world’s finest Prestige Champagnes.